A short step from the rest of Europe

Milan is located in the centre of Europe and is one of the easiest cities to reach. Every day 800 direct flights connect Milan to over 200 destinations around the world.

Malpensa airport is the most important intercontinental hub in southern Europe and is well connected to the city center thanks to the high-speed Malpensa Express train.

Two other international airports serve the city:  Linate, just 7 km from the Duomo, and Orio al Serio, where the low-cost companies land. 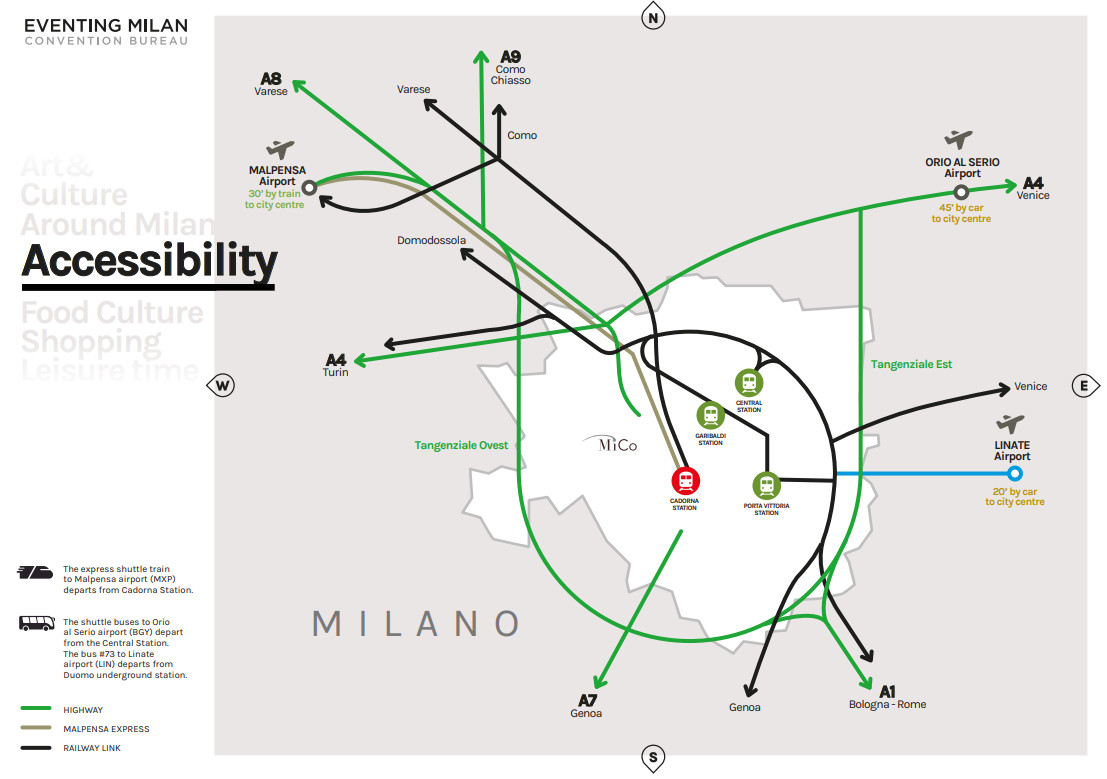 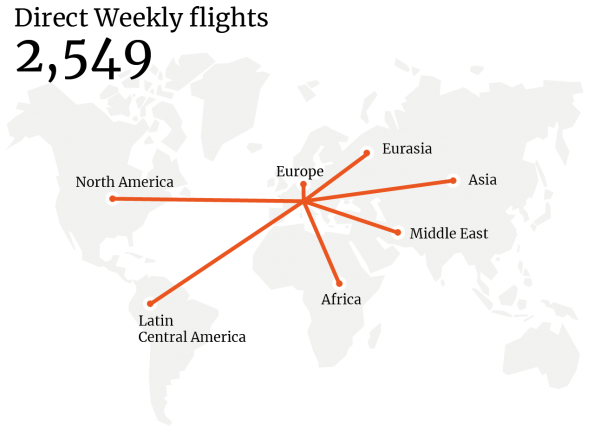 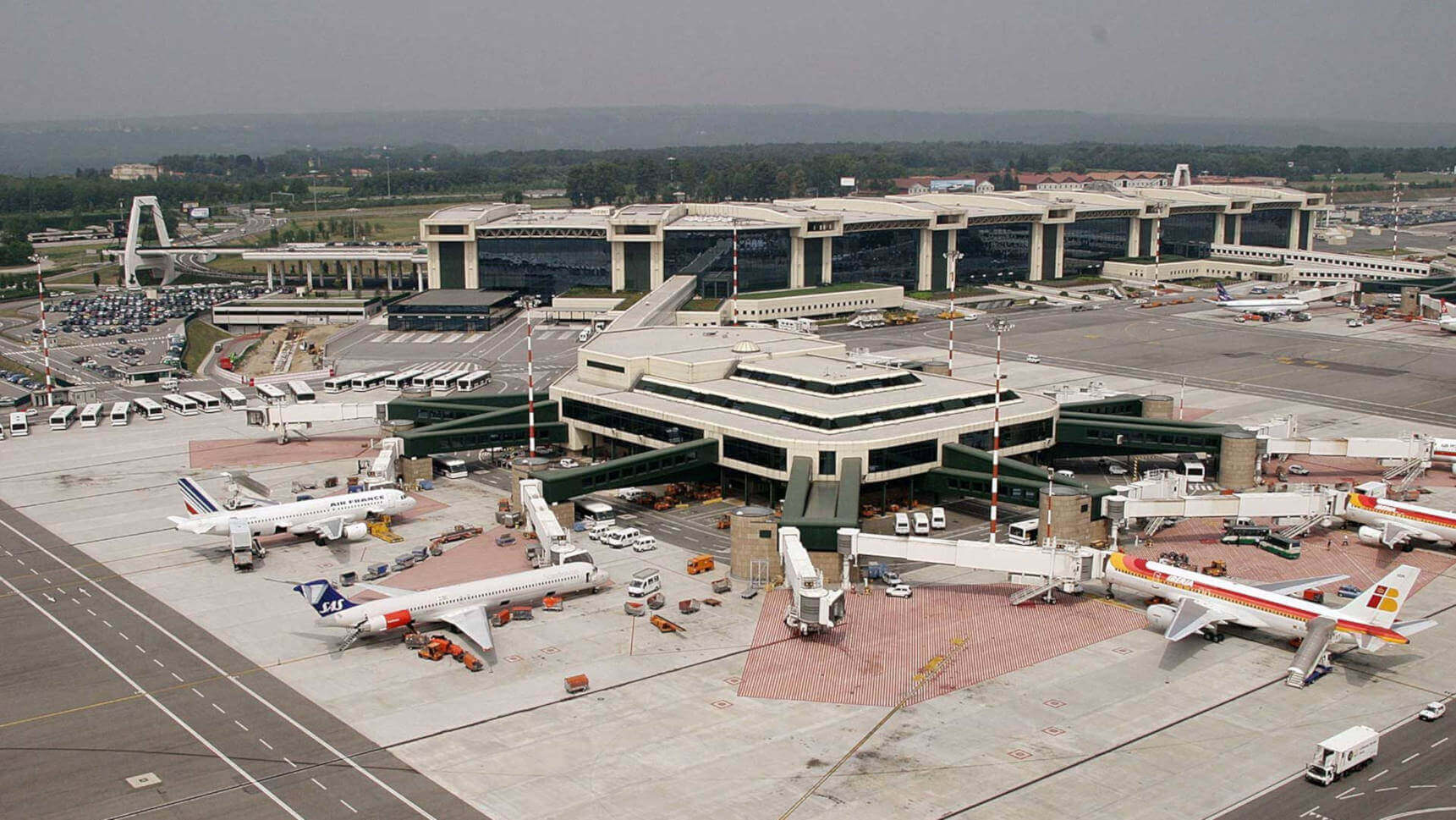 Malpensa airport is in a strategic position in the financial and productive heart of Europe. It is located just over 50 kilometres from Milan and is quickly reachable by car, train, bus or taxi. It is one of the most important airports in Europe, offering more than 2,500 direct flights each week and numerous intercontinental and long-haul destinations. It is also the leading Italian airport in terms of freight transport.

By taxi: various radiotaxi services are available at both Milan Malpensa Airport Terminals. The taxi ranks are located at the ARRIVALS, at the ground floor, at gate 6 of Terminal 1 and at gate 4 at Terminal 2. Fixed taxi fare from/to Malpensa to/from Milan: 95 €

Milan Linate Airport is the second-largest airport serving the city and is an inner-city airport, located just 7 km from central Milan.

By Train: it is possible to reach Milan Linate airport by train arriving at the Milan Forlanini station, directly connected to the airport through the urban bus line 73 (7 stops for a journey of about 10 minutes).

By Car: Milano Linate airport can be easily reached by car from the North (A4/A51), from the West (Viale Forlanini) and from the East (A35-Brebemi) via the Rivoltana provicial road.

By Taxi: several radiotaxi services are available at Milano Linate. The taxi ranks are located at the ARRIVALS, at the ground floor, at gate 5.

Milan Bergamo Airport is the third busiest international airport in Italy. The airport is 45 km north-east of Milan and is mainly operated by low cost companies.

By Train: you can arrive by train to Bergamo train station and use the convenient bus service ATB which in just 10 minutes will bring you to Milan Bergamo airport (departures every 15 minutes).

Taxi: at the arrivals exit you will find the taxi zone. 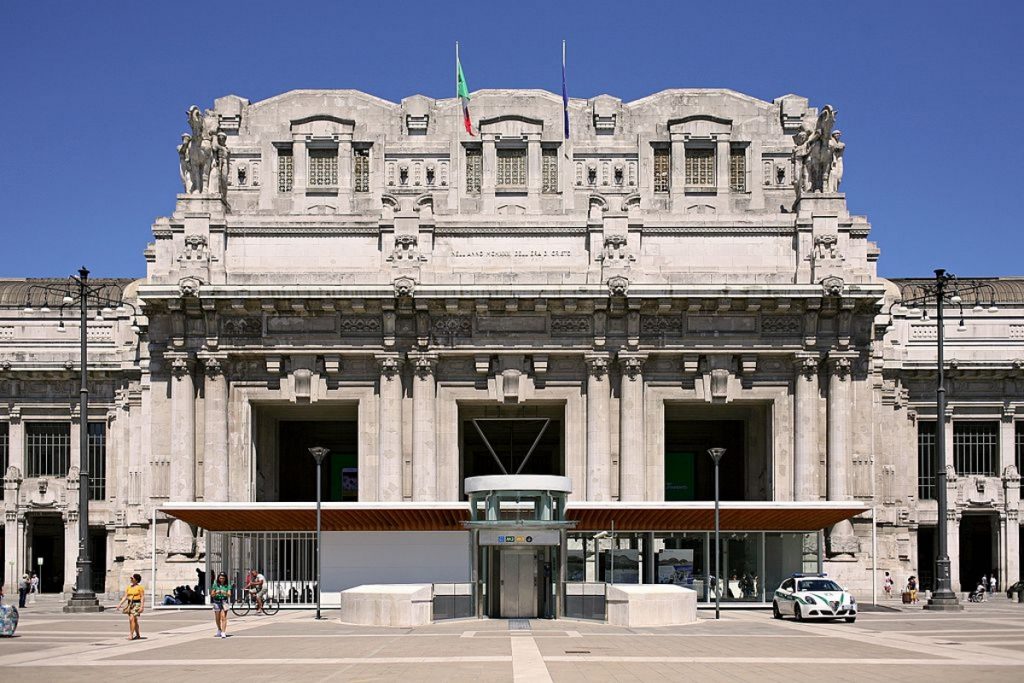 CENTRAL RAILWAY STATION is the second largest and second busiest station in Italy. The imposing and majestic railway station is a crucial hub for the city’s services and shopping district and the main departure point for the High-Speed train and rail connections with the rest of Europe. The station is in the city centre.

CADORNA RAILWAY STATION is the main departure point for local trains. It connects Milan to Malpensa Airport in 40 minutes and to many tourist destinations including Lake Como. It is in the city centre.

GARIBALDI RAILWAY STATION is the busiest railway station in the city for commuter traffic. Thanks to the important restyling and enhancement projects carried out, it is a multi-purpose structure in the heart of Milan, capable of attracting tens of thousands of citizens, travelers and tourists. 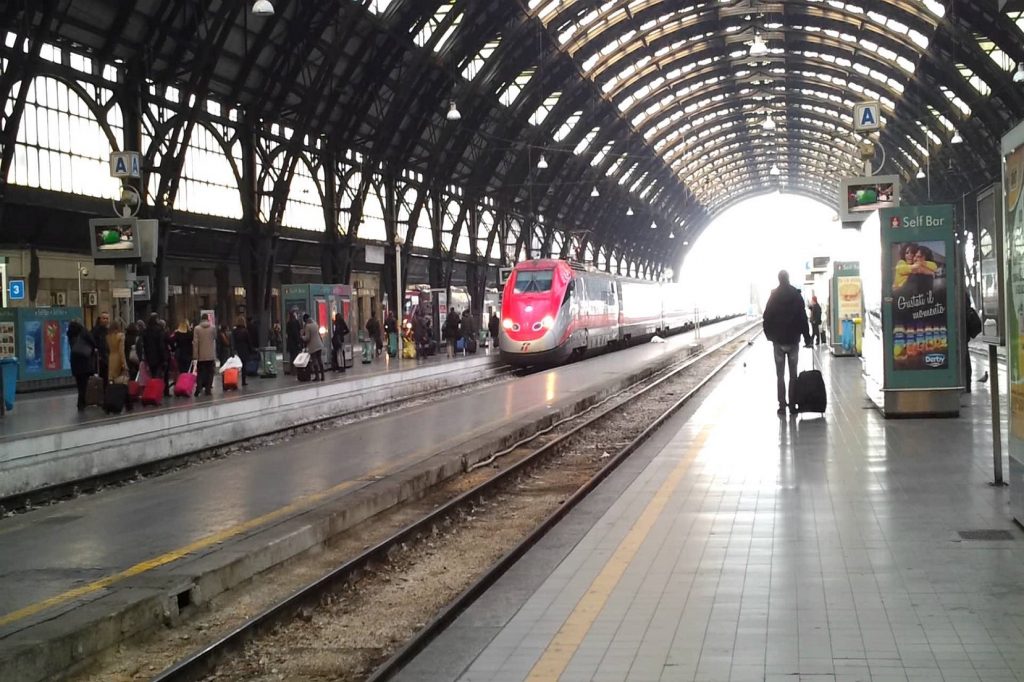