The ANIDIS, founded in 1987, is member of IAEE since the same year (1987). Italy has a long history in earthquake engineering. Considering the recent past: Luigi Palmieri invented in 1856 the electromagnetic seismograph used to record the ground motions and volcano eruptions; Modesto Panetti and Arturo Danusso in 1909 introduced the design of seismic structures and conceived the early dynamic analysis method in earthquake engineering; Giuseppe Grandori is the Father of the Italian seismic engineering and seated as President of the International Association for Earthquake Engineering from 1988 to 1992; Paolo Pinto is honorary member of the International Association for Earthquake Engineering; Ezio Faccioli was Director of the IAEE from 2004 to 2012 and currently Gian

Michele Calvi is one of the Directors as well.

The entire Italian earthquake engineering community strongly supports this proposal and several national and international companies, research centers and governmental institutions have been endorsing this initiative and of

fering their support for an outstanding edition of WCEE. Moreover, the involvement of graduated students, young scientists and professionals is pivotal to us. Affiliated Universities, including the University School for Advanced Studies (IUSS), the University of Pavia and the Politecnico di Milano, will commit themselves to maximize the involvement of young national and international researchers.

Milano is at the heart of Europe and can be easily reached from all countries thus being one of the preferred destinations for the organisation of international congresses worldwide. It is a multifaceted city with a glamourous past and exciting present with its venues of great value, its historic and cultural excellence, its strong hospitality industry and its excellent connections. The congress venue MiCo, the largest Conference Centre in Europe, is downtown and with its 73 conference rooms can accommodate up to 18.000 delegates. Walking distance hotels, restaurants, shopping district and direct access to Milano’s Subway make MiCo the ideal venue for large-scale international conferences.

Italy is a country of high seismic risk, and, in recent decades, it has been struck by several earthquakes. Our territory boasts the highest number of UNESCO world heritage sites in the world though being affected by a high seismic activity. This requires constant investments in terms of research, innovation and new technologies.

WCEE 2024 will be an excellent opportunity to share, within the world seismic engineering community, excellence in research, technology and commitment in the field of risk mitigation.

Looking forward to welcoming you and the World Conference on Earthquake Engineering delegates in 2024 in Milan. 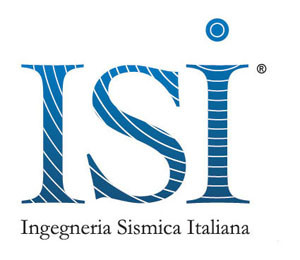