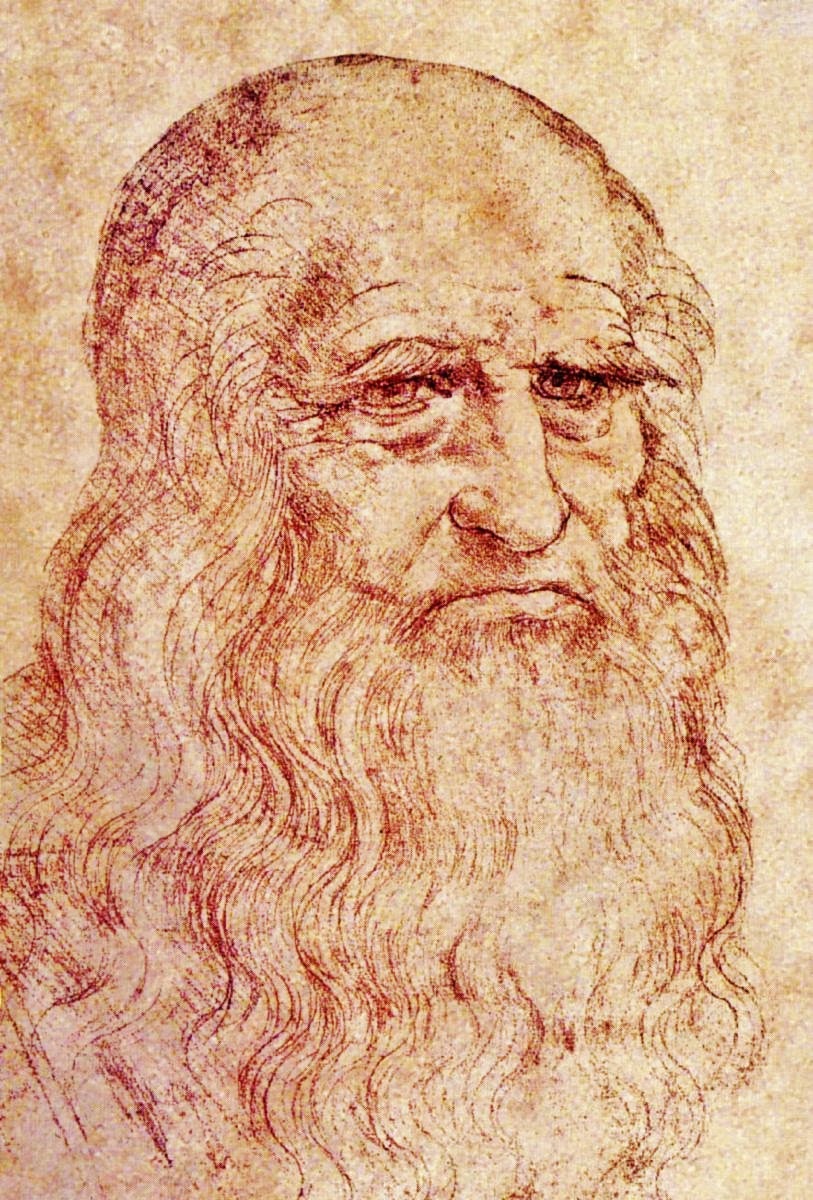 It may be argued that in the western hemisphere earthquake engineering started with Pliny the Elder, the great Roman scientist and admiral of the fleet who died by scientific curiosity during the eruption of Vesuvius in 79 AD. In his Naturalis Historia, the ancestor of encyclopedias, with its 37 books in 10 volumes dealing with the entire knowledge of the time, from astronomy to precious stones, he dictated the fundamental rules to build seismic resistant buildings. He also recorded that the Temple of Artemis (called Diana by Pliny) constructed in the mid 6th century BC, was built on marshy ground, with layers of charcoal and animal hides beneath the foundations to ameliorate the effects of future earthquakes. This is possibly how seismic base-isolation started.

Towards the end of the fifteenth century it was Leonardo who discussed about protection from earthquakes (del riparo a’ terremoti) and, by the way, the magnificent museum with the reproduction of his magical machines is walking distance from the proposed site of the conference. About one century later it was the time of renaissance treaties and following the Ferrara earthquake of 1570, Stefano Breventano, the caretaker of the Accademia degli Affidati, wrote in Pavia his Treaty on Earthquake and Pirro Ligorio from Naples suggested how to design a seismic resistant building.

This was merely a matter of implementing geometric rules of proportion and structural details about the connection between walls and floor, which, however, would have considerably reduced the number of victims and the amount of damage if they had been systematically implemented in the construction of historic buildings. By the way again, this was the time of foundation of the splendid university residencies (Collegio Borromeo and Collegio Ghislieri in Pavia, which may be visited during the conference) that for half a millennium grown some of the best minds in Italy and may be considered the forefathers of the ROSE School.

In the seventeenth century it was Galileo who paved the way to Newton to express the two fundamental laws of earthquake engineering (sure, they were called the second and third laws of physics, but it is undeniable that proportionality between force and acceleration and equilibrium are the fundaments of seismic design). The real extent and power of Newton’ law became evident in the aftermath of the Messina earthquake at the end of 1908: four months later an innovative Technical Standards was published, a summary of modern seismic engineering, which, reviewed with 100 years hindsight demonstrates an extraordinary quantum leap in understanding the seismic response of structures. It shows that engineers were finally using Newton’s equation to determine lateral forces to be applied to building design; it suggests back-analysis of structures that have survived strong shaking as a means for determining appropriate limits to seismic accelerations; it recognizes that a different design philosophy is appropriate for seismic actions, compared with other load cases, allowing higher stress levels; it also recognizes that providing excessive stiffness may be counterproductive; it introduces the concept of what we now call a behaviour factor (or force-reduction factor), implying acceptance of some damage and ductility demand; it implies that damage is acceptable in rare events, but that design for life safety is paramount. In other words, the document provides a first attempt at performance-based seismic design. 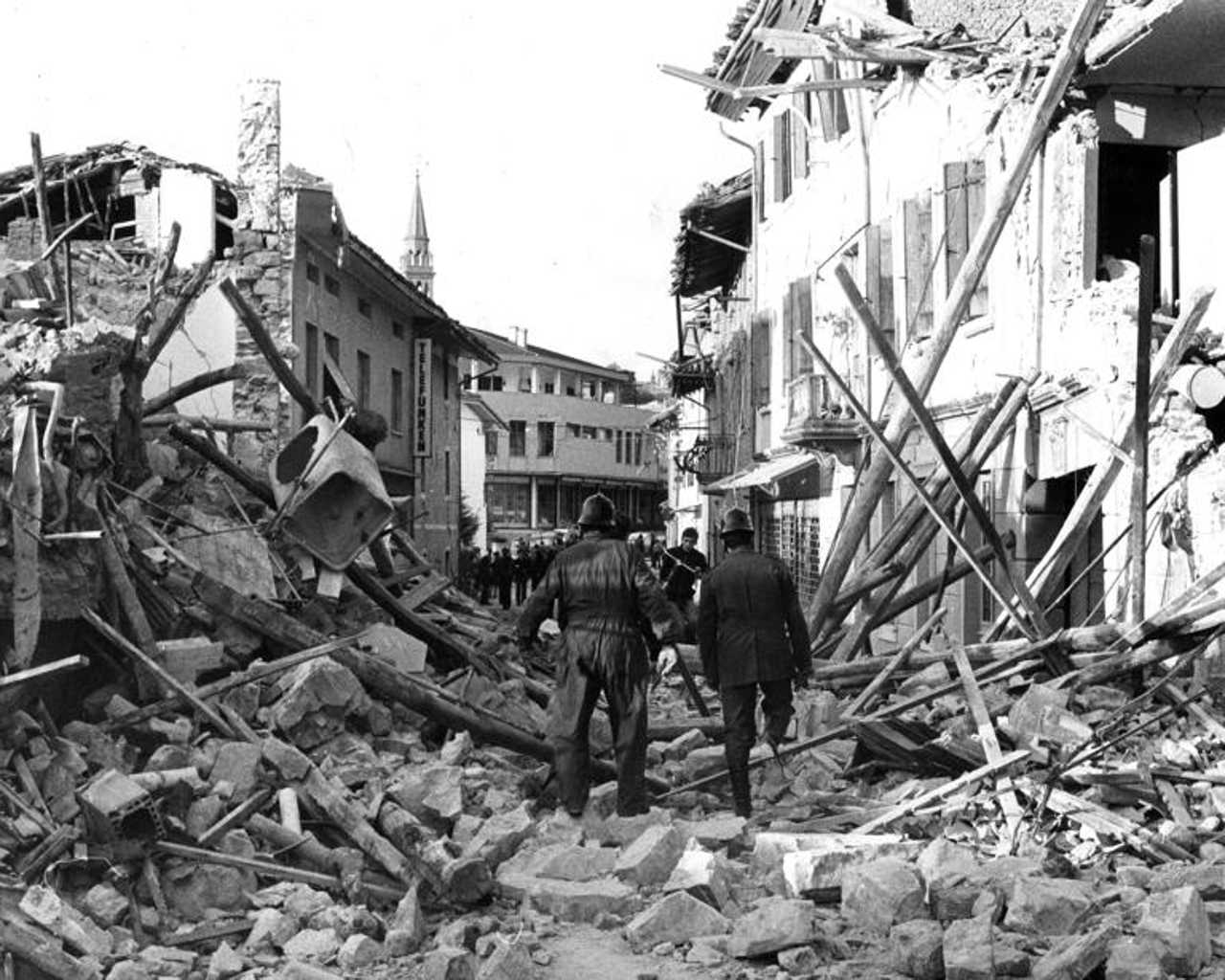 It is also worth noting that one of the post-disaster committees set up after the Messina earthquake drew up a report that can be considered the forerunner of earthquake hazard maps, providing information on the geological and geotechnical criteria to be considered in order to reduce seismic risk. In the past half century Italian engineers and scientists have been at the forefront of engineering seismology and earthquake engineering, providing fundamental contributions to performance-based and displacement-based design. In this case, however, the times are closer to the present and we may thus pass from history to chronicle, inappropriately juxtaposing names of living people to Leonardo and Galileo. It is thus preferable to switch from names to facts.

Since the Friuli earthquake in 1976, Italy has had to face relatively strong events with an average return period of 12 years. In most cases an extraordinary capacity of facing critical emergencies combined with enlightening models of reconstruction and preservation of the cultural heritage was shown, like in the restauration of Gemona (following the 1976 event), Sant’Angelo dei Lombardi (following the 1980 event) and the Basilica frescoed by Cimabue in Assisi
(following the 1997 event), or in the construction of 186 high-tech isolated buildings for about 15,000 homeless people following the L’Aquila earthquake (2009). These and other cases may become (in six months) the destinations of pre – or post – conference technical tours. 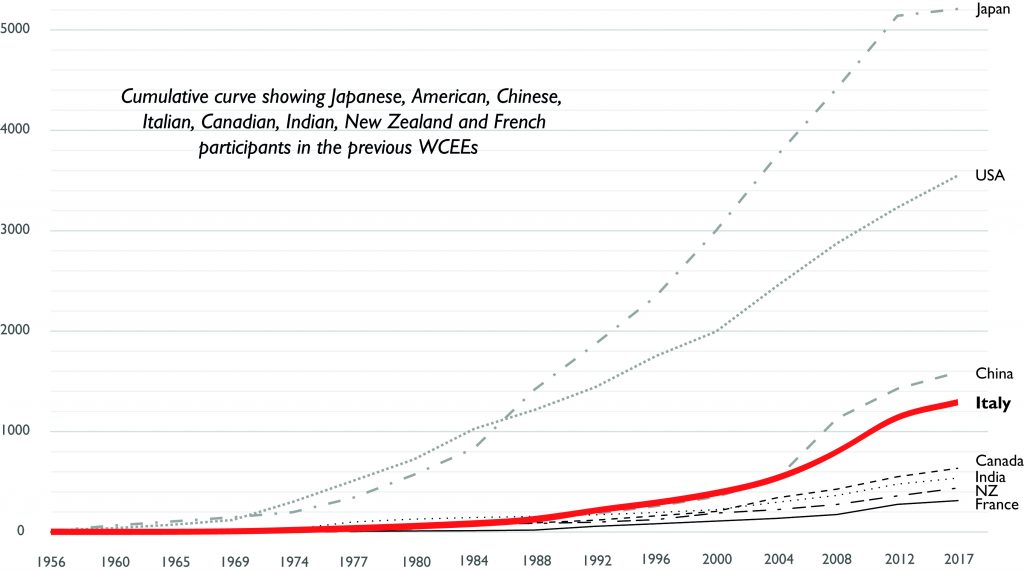 The contribution of Italian researchers to the development of earthquake engineering is mirrored by the presence at the 16 World Conferences held between 1956 and 2017. A total of 1288 participants can be counted, with the progression shown in the figure below and with only one case (Tokyo 1960) without an Italian presence. Since 1992 at least one Italian was invited to deliver a keynote lecture at each world conference.

In the year 2000 the European School of Advanced Studies on Reduction on Seismic Risk opened in Pavia and became rapidly known worldwide as the ROSE School. The proposal for its foundation stated “a common problem for most graduate schools is the quality and completeness of the faculty, since it is difficult to have all the necessary competence within a single institution and to attract specialists to teach long courses. On the contrary, it is conceivable to organize the teaching system in short courses, of a duration of not more than one month, offered in series with little overlapping and therefore asking to each member of a highly qualified international faculty, to teach a course every two-three years.” 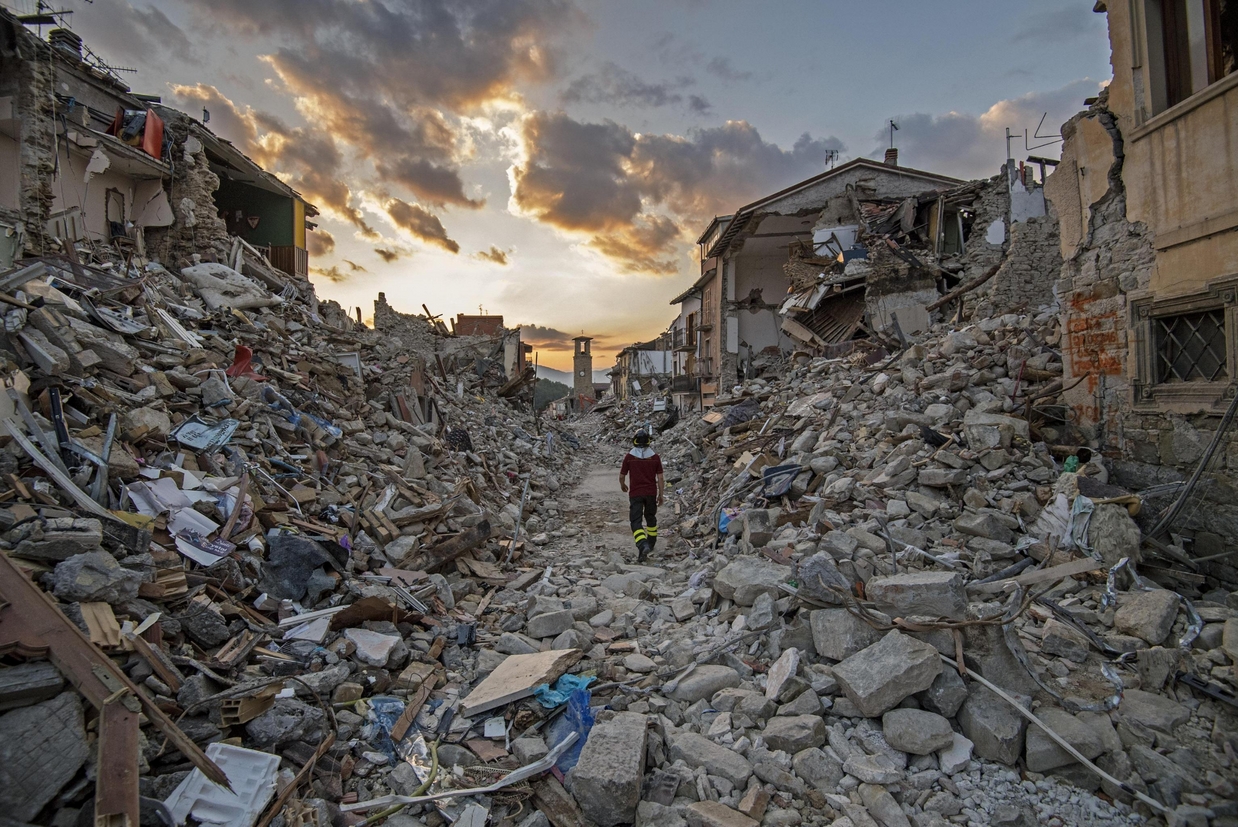 The ROSE School courses started in 2001 with 6 students, in the following twenty years a total of 5553 students applied to be admitted and 560 were successful (116 students gained PhD degrees and 444 obtained MSc diplomas) and are now part of the possibly largest alumni community in earthquake engineering in the planet (see below the photograph taken at the 16 WCEE in Santiago). The ROSE alumni are original from 66 different countries, 45 of them are members of the IAEE while 21 countries of provenance have not yet joined: the reunion at the 2024 WCEE may be the occasion to foster new memberships.

The twentieth century renaissance of earthquake engineering in Italy was favored by the strong commitment of the national Department of Civil Protection (DPC), which became a model in Europe, lead some of the paradigm emergency management experiences following major events and nurtured research and advanced education.

Amongst the fundamental initiatives, DPC supported the creation of a permanent network of Italian universities (ReLUIS), which is participated by some fifty institutions and coordinates most of the activities in scientific and technical endeavors in earthquake engineering. Within the same framework, and in conjunction with the educational activities at the ROSE School, since 2003 the Eucentre Foundation is running a system of laboratories where a very significant number of complex dynamic tests are performed every year. A number of shaking tables are available, including a new 9-degrees of freedom (yes, 9: come and check) system to test sub-structured single floors at any elevation of a building and a mobile system to test on-site, but also to operate a moveable shaking table for demonstration. During the conference Eucentre will be open for visits and the mobile shaking table will be located at the conference site to feel earthquake ground motion (20 people at a time, book soon!). 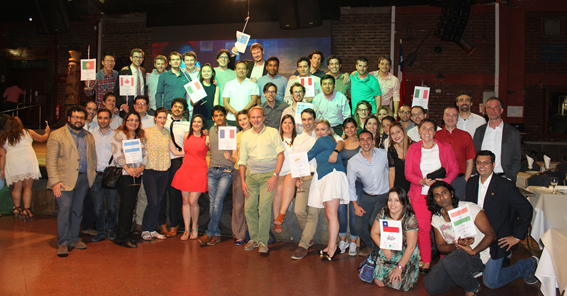 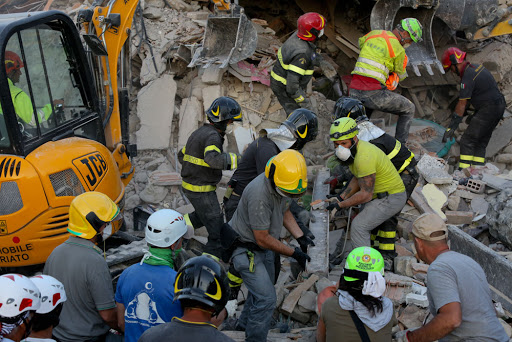